Thinking and doing in the school library and in the world.

If you love books the way I do, #NerdCampMI is heaven on earth. What could be better than a bunch of teachers, librarians, and authors who get to hang out for two days and talk about books? In my life, that is as good as it gets.

I always learn something great, but this year, one idea made my brain explode. Did you realize that writing is making? You probably did, but as an old-school teacher/writer, I had never come to that realization. So if writing is making, that means is you don’t have to present magic formulas, you don’t have to spend hours on explaining forms and formats, kids can just write, and that’s O.K. Teachers don’t spend hours telling kids how to play with Legos before they put them in the building center. Kids don’t study advanced sand play. If writing is making, that means we are all free to just try it. Free! What a wonderful word! Now there is such a thing as craft and there is such a thing as editing and revising, but that is not the first thing. I feel liberated and I can’t wait to liberate my students.

Two books and two author presentations developed this idea in my mind. The first book is How to Tell a Story by Daniel Nayeri.

As you can see, it is a book that comes with blocks. I purchased it before I realized that Mr. Nayeri was one of the presenters I planned to see that day. I was attracted to the format and I thought it looked like a tool I could use. During the presentation, as he described how and why he had come up with the idea for this book lightening struck in my brain. He said something like, “I would tell a kid, “Choose a protagonist” and then the kid would say, “What’s a protagonist?” and they would go down that rabbit hole and the story itself would be lost. How many time have I made a student sacrifice a story that needed to be told so that I could hammer on some convention or other or make sure they had “the appropriate writing vocabulary”? If writing is making, students can just do it. We can always fix and explain later.

The second amazing, game-changing book that blew my mind is Writing Radar by Jack Gantos. First of all, Jack Gantos is just as hysterical in person as he is in the Joey Pigza books. Second of all, he gave away free copies of Writing Radar, which does not even come out until the end of August. 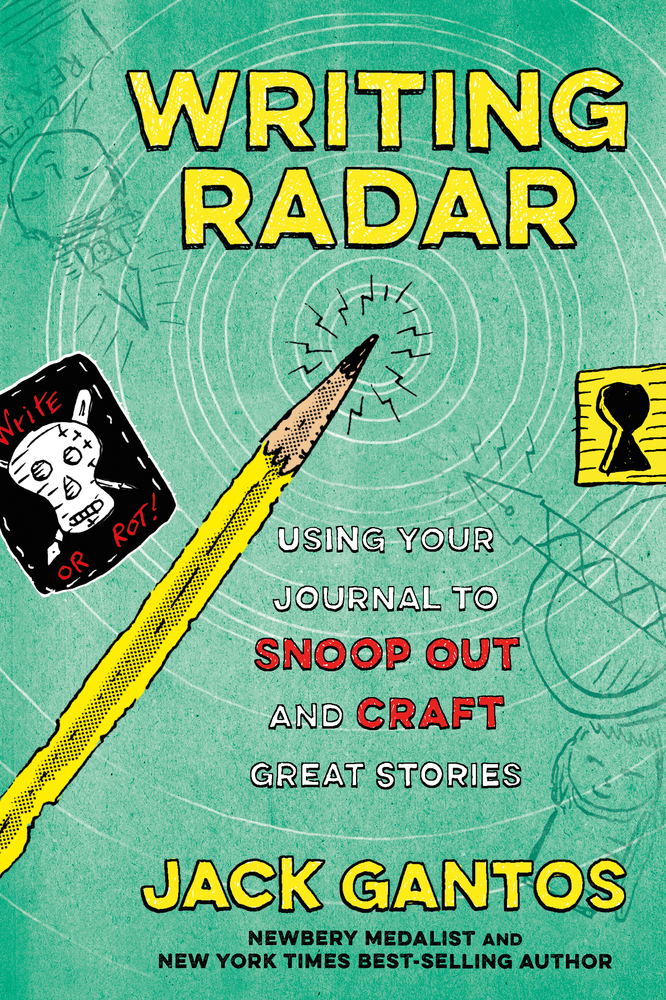 Who knew that one of my favorite writers was inspired by Harriet the Spy? Jack Gantos can spin a yarn that will keep you laughing and learning for hours, but the best part was, he drew back the curtain on his writing process and showed us the actual places and things he uses to write. Good tools like beautiful fountain pens and small leather bound journals are part of his daily routine. He joked about the horrible pens that he says our kids must find on the floor of the theater after everyone has left.  Harriet’s spy maps provided ideas to begin his writing and he recommends that we tell students to go through a similar process to get good story ideas. Everyone needs a spy notebook.

My brain is going to explode with all the freedom to write that I plan to give myself and my students in the days to come because writing teachers had better also be writers, hadn’t they? Thank you, Daniel Nayeri, Jack Gantos and NerdCampMI.